A first in Arizona. A look back at NASA’s Apollo program with rarely seen images. Glimpses of the joy of unlikely friends. The cloak and the sword of silent cinema, with a live soundtrack and much more! It all comes back to our local celebration of independent cinema! The Prescott Film Festival returns to the Yavapai College Campus from Thursday October 14 to Sunday October 17.

The 11the The Prescott Film Festival edition begins Thursday afternoon, October 14, with a “soft opening” at 1 p.m. in the Yavapai College Community Hall (Building 19-147) featuring Disney: Behind the Scenes – Imagineers. Guest speaker Michael Broggie – a Disney historian, author of eight books and the publicist who titled The love bug – talks about being the son of one of Walt Disney’s original “Imagineers” and follows the evolution of the legendary company and its culture.

The first film of the Festival, a screening at 4 p.m. of Chasing childhood, relates the phenomenon of shifted childhood. Chasing childhood explores how carefully regulated play dates and blocking out pre-determined activities can damage the adventure and imagination of American children.

The greatest adventure: man’s journey to the moon – the Festival’s 19h feature film – is a treat for space buffs. The 1979 film, co-produced by YC Paralegal Studies Program Director Rick Frimmer, tells the story of the Apollo space program in footage rarely seen today. Although technically “out of print”, Frimmer will be showing his own copy of the film in this very special presentation.

On Friday, October 15 at 7 p.m., the Prescott Film Festival reopens the beautiful (and newly renovated) Yavapai College Performing Arts Center with an uplifting and literally joyful documentary. Mission Joy: find happiness in difficult times, the latest film from Oscar® winning director Louie Psihoyos captures the unique and heartwarming friendship between Archbishop Desmond Tutu and His Holiness the Dali Lama. Composed largely of unpublished images shot in the Dalai Lama’s residence in Dharamsala, Mission: Joy invites viewers behind the scenes as these luminaries tell stories from their lives, including times of incredible hardship and conflict. With genuine affection, mutual respect, and a healthy dose of teasing, these unlikely friends pass on the wisdom gained from lived experience, ancient traditions, and cutting-edge science on how to live joyfully through all of the world. life challenges. This beautiful film is an antidote to our time.

The films continue at the Performing Arts Center on Saturday, October 16. Cowboys through Borders, screened at 4 p.m., follows Gaston Davis, from a six-generation ranching family, and his passion for the heritage of breeding and agriculture. He decided to explore the culture of ranching and farming from Montana to Argentina. “The heart of the American cowboy remains the same,” he discovers. “They will forever serve their people on their respective borders. “

Cowboys through Borders is followed by the Arizona premiere of Rickshaw girl, to 19h. Based on the book of the same title, the film follows Namia, a Bangladeshi girl who decides to break tradition and help her struggling family by dressing up as a boy and driving her father’s prized rickshaw for a desperate income. necessary.

Sunday celebrates our new filmmakers with YC Film & Media Arts student films showing at 1 p.m. in the community hall. The winners of our high school film competition will start in the afternoon. First place winner Johana Pena from Camp Verde High School will screen her film, A story of my brother’s deportation. Sari Incao from Prescott High School will screen his award-winning animated film, Stevie the Misunderstood Reaper.

The screenings will be followed by boxed dinners in the YC Sculpture Garden at 3 p.m. The Triple Creek Restaurant will offer a delicious selection of tasty handmade pastries: Duck Confit with Cranberries; beef and smoked gouda; root vegetable and goat cheese. Accompanied by a charcuterie of marinated vegetables and cold cuts; bites of lemon pies and chocolate covered berries. Pre-order is required. 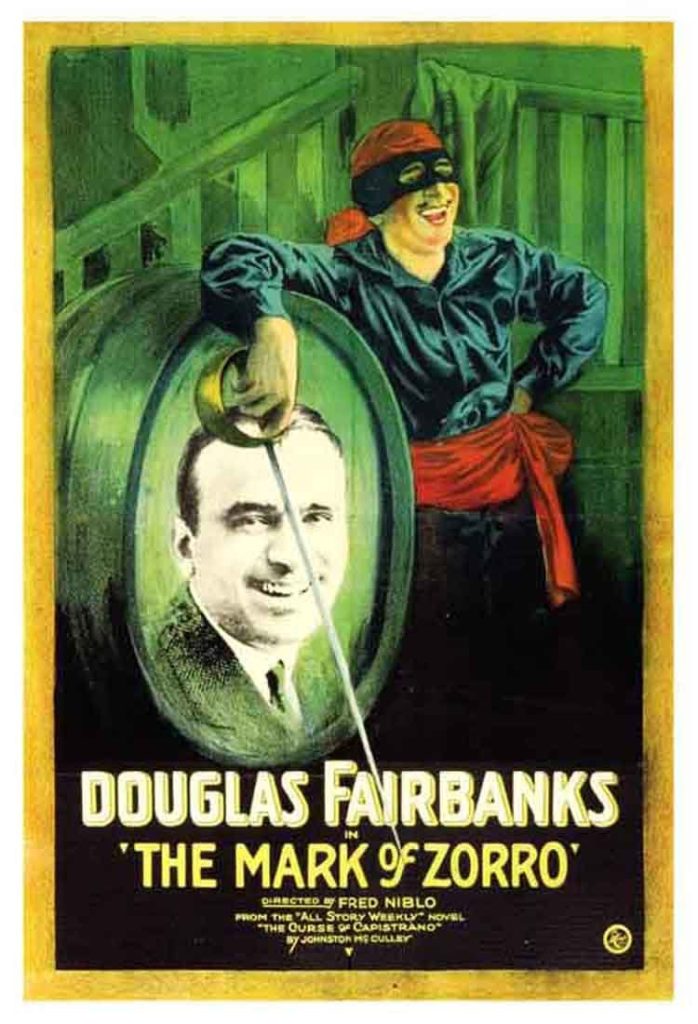 The festival ends with a 4 p.m. event that has become a crowd favorite: Silent Symphony. “This experience is like stepping into a time machine,” says PFF Executive Director Helen Haxon-Stephenson. “You enter this great and magnificent theater. The film, which has regained its 1920 splendor, is on a giant screen and a live orchestra accompanies the film. This year’s film is Douglas Fairbanks’ swashbuckling classic, The mark of Zorro.

All Prescott Film Festival events take place on the Prescott Campus of Yavapai College, 1100 E. Sheldon Street, in Prescott. For a full schedule of PFF events, including all film and workshop descriptions, please visit: www.prescottfilmfestival.com

Tickets for the individual Prescott Film Festival screenings cost $ 14 general admission and $ 7 for students, and are available at the door of each event. Tickets for the Silent Symphony event cost $ 27 for general admission and $ 15 for students. Silent Symphony packages with gourmet boxed dinners cost $ 47. All tickets can be purchased at the Yavapai College Performing Arts Center box office at 1100 E. Sheldon St., Prescott, by phone or online at: www.ycpac.com. For reservations or more information, please call: (928) 776-2000.